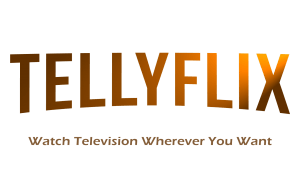 The 2022 FIFA World Cup Final will be the final match of the 2022 World Cup, the 22nd edition of FIFA’s competition for men’s national football teams. The match is scheduled to be played at the Lusail Iconic Stadium in Lusail, Qatar, on 18 December 2022, the national day of Qatar, and will be contested by the winners of the semi-finals. As always, the match will be available on Tellyflix with more than 100 channels from over 50 countries.

Initially paired off to determine the next title challenger, Jan Blachowicz and Magomed Ankalaev will now battle for the vacant light heavyweight title in Saturday’s UFC 282 main event. Blachowicz has been in this position before and had success, scoring a second-round knockout win over Dominick Reyes at UFC 253 to claim the title after Jon Jones vacated the belt. No one in the division has a longer winning streak inside the Octagon than Ankalaev, who enters having won nine straight after dropping his promotional debut at literally the last second. With Prochazka expected to be out for some time, the winner most likely faces off with former champ Glover Teixeira in the first half of next year to resolve things atop the division for the time being. The festive feast of darts will see 96 players from across the world, including the PDC’s top stars, competing for £2.5million in prize money. Peter Wright is the reigning champion, while Gerwyn Price and Michael van Gerwen will also be in the hunt to lift the Sid Waddell Trophy. The tournament will be broadcast live on Sky Sports in the UK, through the PDC’s worldwide broadcast partners including DAZN and Viaplay, and on PDCTV. Check out our TV Guide to find out the channels
broadcasting these events and more:

~Watch Television Wherever You Want~